MAKING IT BIG IN BERLIN

In Berlin, young self-employed workers live the alternative to a nine-to-five job – low rents and space for creative ideas are still available. A sewing café owner, a freelance journalist and two contemporary dancers give insights in theirs live styles and tell about their independent work. The protagonists are not only part of berlin´s creative class buut they also represent a part of well-educatted generation, who struggles between job insecurity and th wish of self-realization. 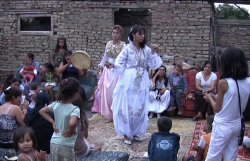 Roma women speak about their life in Novi Sad in Serbia. They talk about their conditions of life. There are also some interviews with social worker.

IF VAGINA HAD A TEETH: THE SHONA RAINMAKING CEREMONY IN WESTERN MOZAMBIQUE 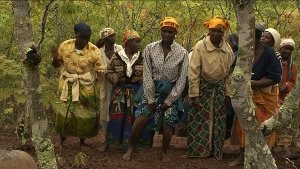 „Ritual reversals“ or „ritual of rebellion“ are concepts used for mock rituals performend in Southern and Eastern Africa. During fertility rituals, like rain making ceremonies, women in their songs and dances demonstrate obscene behaviour while they behave like men. These are secret performance open strictly  for eldery men and women. Still, we were invited to record the rain making ceremony in the land of Chief Chassuka, Manika Province in Mozambique in order to document the ritual for the younger  generations. These rituals are a fading tradition probably due to the special character of the songs and dances.