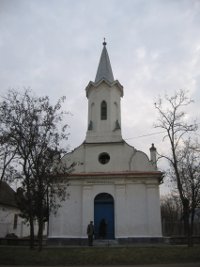 In the middle of the 20th century a numerous group of Moravian reformed evangelicals from the surroundings of Kloubouky u Brna came to the area of Serbien Banat in Vojvodina. One-and-half-century-lasting existence of the reformed charge brought to its members much suffering borne by a process of big history stretching up to the presence. At the beginning of the 21st century the community of Czech speaking reformed evangelicals is dwelling at the verge of determination as the source of belief has been abandoned by the younger generation due to migration and impacts of modern era. The documentary focuses on historical turning points and fates of several charge members. In the foreground, inner latent godlines of the remaining descendants of the Moravian transmigrants appears which represents collective memory and symbolical universum – sources of preserved ethnicity. Faith, fate, presence as experienced past, experienced past as a garvestone.