We are pleasured that we can screen together with Festival of the Freedom these movies: Be Jam Be, Grab nad run and Across Gender. We screen in several high schools across whole Czech Republic.
Freedom for ever!!

Call for films for Antropofest 2020 is not open. Thank you for understanding.

We would like to invite you to 3rd Anthropological Evening at Ponrepo cinema. It will take place on 16 MAY from 6.PM. You can watch Putování po Nepálu (1969) from National Film Archive and DUST (2016) from Antropofest archive. Our guest is Zdenek Stipl from Department of South and Central Asia, Charles University.

We would like to invite you to the second ECHOS OF ANTROPOFEST to Pardubice. The Echoes will take place 13MAY from 3 p.m. We will screen Be Jam Be, Říkejte mi strýcu, Remake of a Summer, Revenir, Shame and Perversity, and The Sisterhood: Visits of my friends.

We would like to invite you to first "Echos of Antropofest". It takes place 1APR from 6pm in Fotogaléria Trafačka in Nitra, Slovakia. We will screen Revenir movie.

The film depicts the vanishing elements of traditional folk culture in Wallachia. A record of wood transportation on a sledge in the Beskydy mountains is a very valuable part of the film. The film also tells the story of a 96-year-old man who represents the vanishing "old" Wallachia while living in the current technological era.


Vít Smrčka, the film’s director, graduated in journalism and ethnography. He is the author of a film on hauling wood on sledge in the Krkonoše mountains and also published a book on the history of ethnography. The co-author and cinematographer of the film Aleš Smrčka is also an ethnographer. 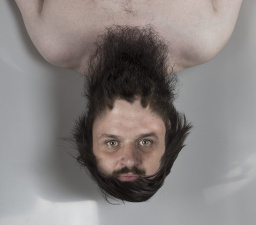 Ten Years of Antropofest, an International Film Festival about social and antropology. Ten posters (2010-2019) mapping the work of Bohdan Heblik, a freelance graphic designer under www.kofila.com. Ten years of creativity, failure and repetition. Ten experiments on visual language with the subject: the science of human. Ten shades of orange color.


Bohdan Heblík (* 1978) is a freelance graphic designer. He has been working with the A-Team for 10 years. He has participated in all competitions and won all prizes. However, not for the graphic design of Antropofest. He does not study. Portfolio available at www.kofila.com.

Petr Hora (* 1981) was born in Chrudim and studied organ and composition at the Conservatory in Teplice. He has not participated in any competitions or won any prizes. He has been working with Antropofest from its beginnings and created most of the musical backgrounds for the festival jingles. Since 2014, he has been studying composition at the Academy of Performing Arts under Luboš Mrkvička.

Although communist regime in the Czech Republic has ended a long time ago, the art forms of the underground movement survive until present day. Groups of young people with desire to do what phey please have existed everywhere and always. Rebels have existed, still exist and will exist! Four social anthropology students of West Bohemia University explore present shapes of the underground movement.


Authors are students of the third year of Social Anthropology in the University of West Bohemia in Pilsen.