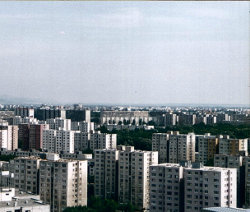 Concrete high-rise building area Petržalka - one of the biggest in Europe - has a lot of negative attributes. In general, it is perceived as a prototype of a low-quality acommodation created at the times of socialism. What is the reality like? How are the concrete homes seen by their inhabitants at the beginning of the third millenary? The film attempts to scatch the anthropo-social way of being at this concrete area.